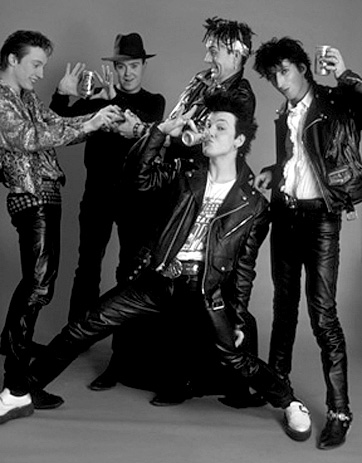 I collect postcards in my every travel and every time I see one this song is resonating in my mind.  This awesome tune was from the Alternative/Gothic band named Flesh for Lulu the same band who gave us ‘I Go Crazy’ from that teeny bopper movie soundtrack Some Kind of Wonderful. Even the ears of Paul Westerberg (Singer, Dyslexic Heart) and John Rzeznik (vocalist and guitarist of Goo Goo Dolls) did not escape this sheer masterpiece; they covered the same song in their albums. Both gave justice to it but the original is always the best.

Nick Marsh (vocals and guitar) and James Mitchell (drums) formed Flesh for Lulu back in 1982 in Brixton, London. They penetrated US charts with the song “I Go Crazy” that was featured in Some Kind of Wonderful 1987 romance film starring Eric Stoltz, Lea Thompson, and Mary Stuart Masterson. It was one of the many successful teen dramas written by John Hughes, and this allowed Flesh for Lulu to sustain a successful tour of the US. The two-hits wonder  band lasted until 1992. In 1996, Nick formed a new band called Gigantic and went solo in 1998.