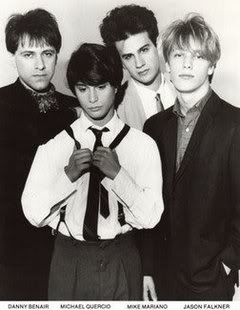 Three O’clock was founded in Los Angeles, California and they played mildly psychedelic pop-influenced tunes with a decidedly punk-ish energy. Lead singer and bassist Michael Quercio was the band’s chief songwriter, they were friends of the Bangles, for whom he had previously written “Manic Monday” Another catchy song that was released in unnoticed in 80’s but finally caught up with me in the early 90’s. You’ll be surprised of how many uploads in you tube covering and remixing this single.

I wish I can say more about the band or the record but Google and Wikipedia was not throwing me a bone. Anyways, based on my research Three O’ Clock are actually a mediocre band and the track I’m featuring right now was not even a hit. Only a few people just pick this up from their last album that was a critical and commercial failure, and did not dent the charts after which Three O’ Clock was never heard of ever again…